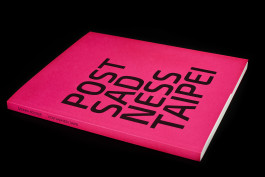 POSTSADNESS TAIPEI is a research-based book project which combines photography with text to study Taipei´s ongoing change amidst an authoritarian past and an uncertain future. With a focus on the social landscape of Taipei, it explores the interplay between societal and urban transformation.

Taiwan has achieved a remarkable peaceful transition from dictatorship to democracy since the lift of martial law in 1987. At the same time, in the 1990s, the greater Taipei area began to emerge as a node in the global urban network. Societal modernization and rapid urbanization shaped the face of Taiwan´s capital city, and led to a rather complex urban environment which is characterized by a close proximity between the modern and the traditional. Today, Taipei is the most cosmopolitan, progressive and open-minded place in East Asia, but the city is facing old and new challenges: political legacies from the White Terror era, a growing social inequality and the ever-smoldering cross-strait conflict which threatens the city´s liberal atmosphere and the democratic rights of its citizens.

Copies of the book are available (35€ + shipping)

In Taiwan, the book is accessible at Lightbox Library and Taipei Contemporary Art Center.