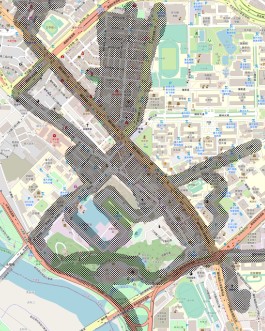 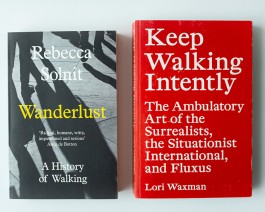 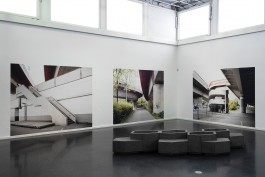 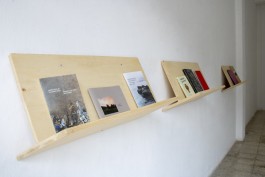 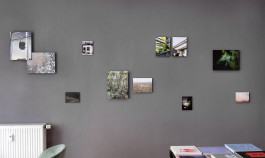 Walking is an immersive and multisensory form of bodily movement. According to Edmund Husserl and other phenomenologists, we understand our body in relation to the world when we make use of the trivial practice of walking. While walking, our bodies engage with the surrounding space and we intimately sense, perceive and think a place. Since I am interested in how to gain spatial knowledge in artistic practice, I often use walking in combination with photography, video and text as a way to explore my own bodily sensing and the relations between myself and a spatial environment. All knowledge is bound to my subjective experience and is produced in direct encounter with the land while walking through it . During this process, I collect various materials which I use afterwards to create a new visual construction of the walked environment. Currently, I am using textile fabrics to experiment with the materiality and spatiality of the photograph in order to include the experience of walking in the exhibition space. 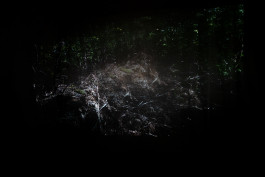 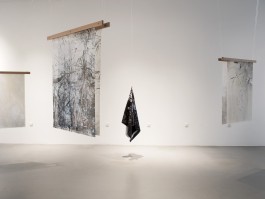 There is no such thing as nature, Gallery Monica Ruppert, Frankfurt, 2022

Being a visual artist and media theorist, I am curious how we use images to make sense of the world around us. In our everyday visual environment, we are immersed in a multitude of various images. In these mass-mediated surroundings, the single image and its meaning is of lesser significance, visual sensemaking is rather based on the relations between images - the formal, thematic, and figurative commonalities and differences. Rooted in constructivist systems theory, I developed a methodology which helps to understand and create relations between images in order to reconstruct meaning. This artistic research method involves the creation of a new visual order by collecting, arranging and re-arranging images.

for collaborative activities in arts-based research and education, please see The Space Lab